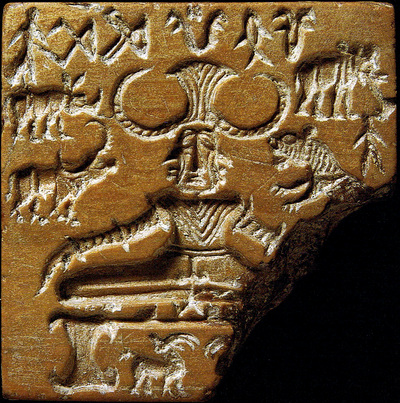 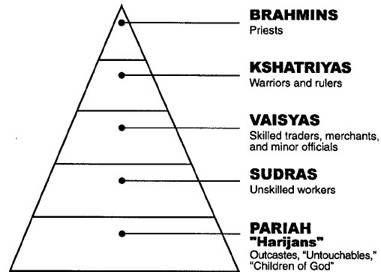 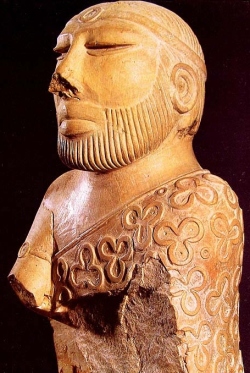 There was a leader but there wasn't much governing. In most cases the people of the Indus Valley went by according to their religion. No evidence of monuments were built for the memorial of their governors, therefore it is not certain whether or not Indus had governments, but through research and archaeology there was one person in the Indus Valley who carried seals (which signified power) and wore ornaments of rare material, and that person is currently considered as the leader (not a government).

How did it help?
* There was no big war over who would govern the peoples.
* Indus Valley citizens had more freedom
* Streets, houses as well as facilities were built
* There weren't a lot of military goods of offence, so the Valley was considered peaceful
* The city’s leaders wasn't chosen through blood, but through their capability or ruling a monarchy

How it didn't help?
* Other nations came invading and there was no one to lead the citizens.
* People was sometimes at lost with no one to look up to or follow
* There wasn't much control over trading with other nations
* No evidence of an alliance was formed so when Aryans maybe invaded, the Indus Valley lost
Social class:
If there was governing in the Indus Valley, then the leaders of the Indus Valley were probably kings, scholars and priests of Brahmin Indo-Iranian descent.

﻿People were born into social classes that could not be changed:

- Brahmins (priests and the king)

All men of the cities and the nearby areas did not enjoy social and economic equality. Those who lived in the upper portion of the cities near the forts formed a ruling class. This ruling class dominated over the workers and peasants from these forts. The respect to the social life of the Indus people, it is suggested by scholars that there were strong family organizations among them. The craftsmen taught their crafting skills to their children then The toys were used by children of the family. The large number of seals engraved with letters conveys the idea that there was good percentage of literacy among the Indus people. The sanitary system and also the drainage system speaks of their cleanliness and public hygiene

The caste system was a major impact on the class structure within Indus River Valley civilization. It was a variety of different levels displaying social class and status. If you were to build towards the highest level in the caste system, you were required to complete your Dharma (guidelines and goals based within your caste system) while at the same time obtaining good karma (karma meaning spiritual energy based on the law and cause of effect determined by your actions).
Powered by