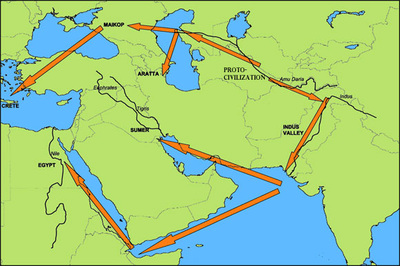 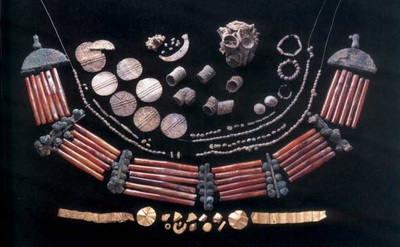 As the people of the Indus valley had harnessed the power of irrigation systems and water supply, it allowed the people to provide for themselves and others in a stationary manner and produce crops at a mass extent, allowing them to neglect their old nomadic ways. This is why agriculture was so important to the people of the Indus valley. Agriculture was one of the prime reasons to why the Indus valley civilisation was so successful in surviving for so long. Agriculture in the Indus valley was solely dependent on good quality soil and advancements in farming technology such as the plow.  Crops such as wheat, barley, peas, lentils, linseed and mustard seed were farmed in the winter and millet, sesame and rice was grown in summer. Animals such as elephants were domesticated as well as dogs and cats and assisted with farming.

As the people of the Valley had harnessed the power of technology such as carts and boats, the people could trade goods not just with the people of the Indus Valley but with others outside. Rare and special foods, materials and other agricultural goods could be traded thus being the major and only booster in the Indus valley economy, meaning dependence on soil, technology and good produce was high.

The Indus people were greatly reliant on trade. They traded with many different civilizations like Persia, Mesopotamia and China. They were also known to trade in the Arabian Gulf region, central parts of Asia, portions of Afghanistan and northern and western India. Some goods that were traded were terracotta pots, beads, gold, silver, colored gems like turquoise and lapis lazuli, metals, flints, seashells and pearls.
Powered by